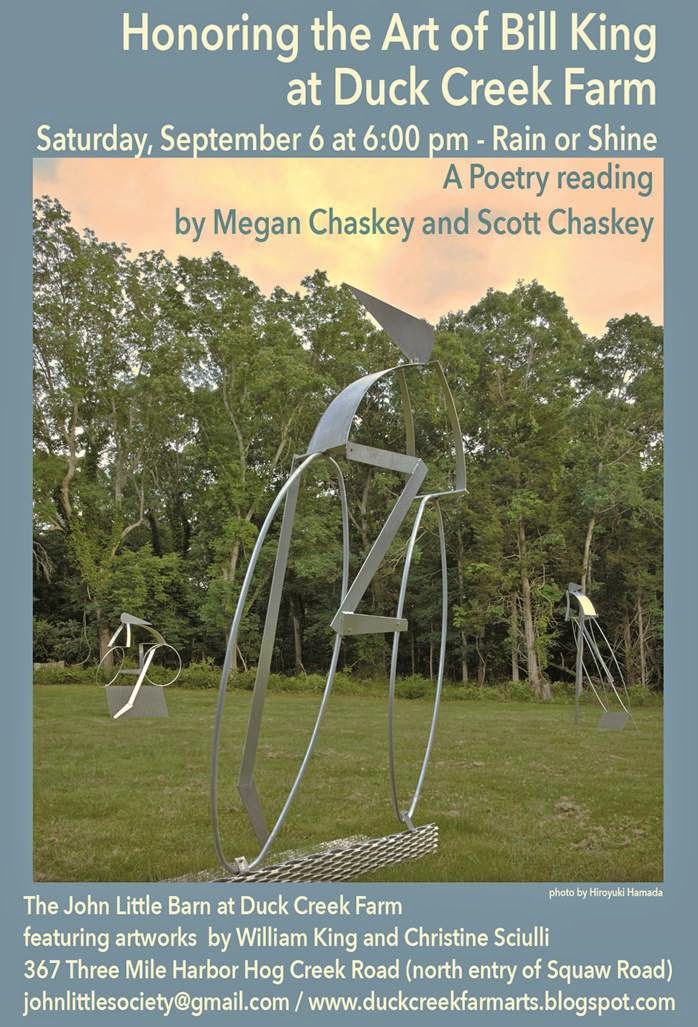 Please Note: Due to Town code concerns, Christine Sciulli's Quiet Riot installation will be closed until further notice. Please email us if you have any questions.johnlittlesociety@gmail.com 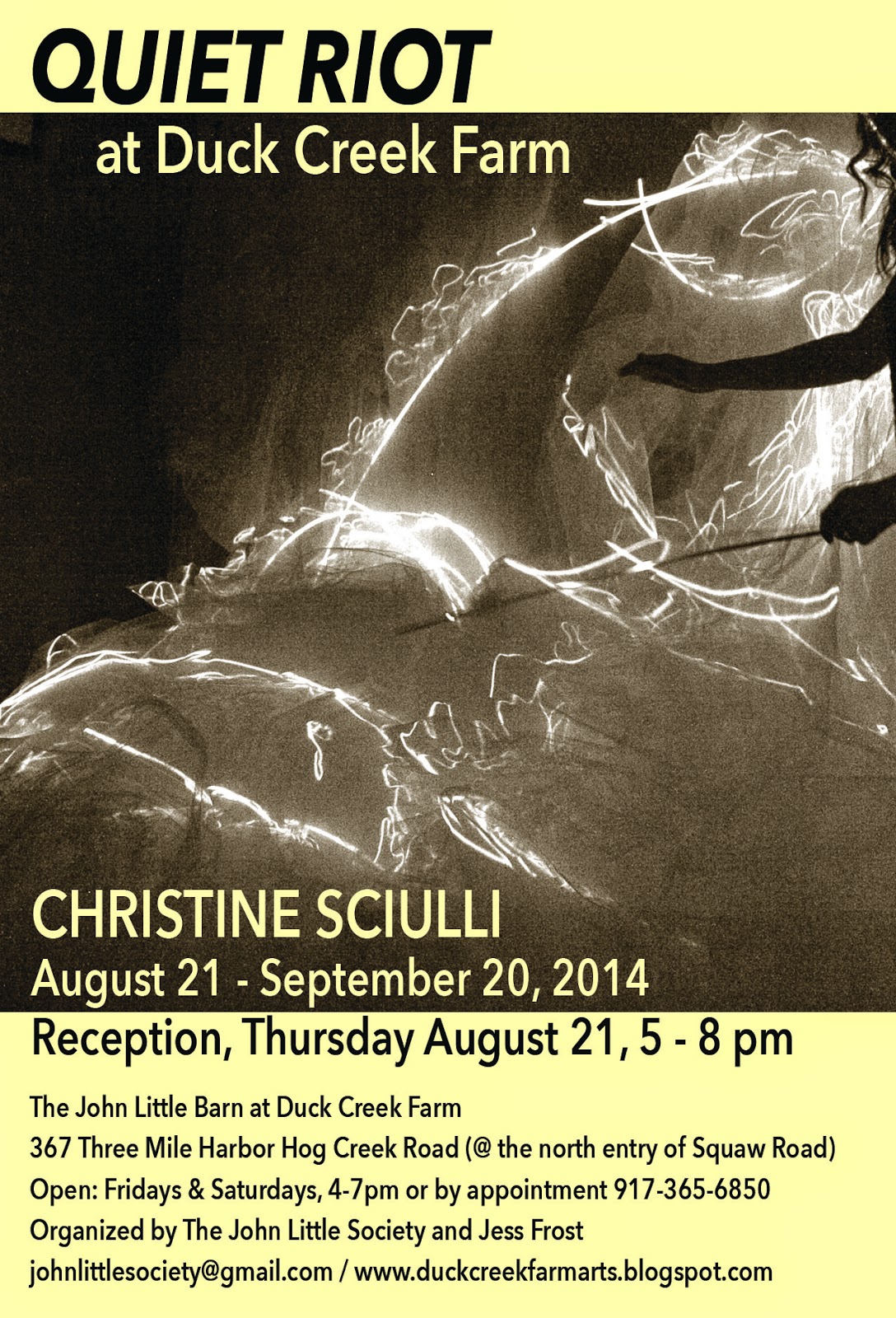 The John Little Society is pleased to present “Quiet Riot,” an immersive site-specific projection installation by artist Christine Sciulli in the John Little Barn at Duck Creek Farm. The opening reception will be held on Thursday, August 21st from 5-8 pm. The installation will be open to the public Fridays and Saturdays from 4-7 pm through September 20th and by appointment.

About the Artist:
Christine Sciulli's primary medium is projected light. The artist asks us to consider the potential of simple geometry by projecting these forms onto a network of materials that fragment and expand on their structures. Sciulli has exhibited her work both locally and abroad for almost two decades. She was included in the 2014 American Academy of Arts and Letters Invitational Exhibition of Visual Arts. Her installations have been shown in the Parrish Art Museum, Frederieke Taylor Gallery, Edward Hopper House Art Center, Smithsonian Affiliate Annmarie Gardens, and the Islip Art Museum, where curator Janet Goleas described her installation as “a quiet riot of controlled chaos.” Sciulli was also the recipient of a Lower Manhattan Cultural Council Grant to produce a roving outdoor video installation in Tribeca’s Duane Park and was commissioned by the Global Poverty Project to create Expanding Circles, projected onto 2,500 people, for the 2013 Global Citizen Festival in Central Park.

About Duck Creek Farm and the John Little Society
In 1948 artist John Little purchased a 6.7 parcel from the Edwards family, containing the original Duck Creek Farm homestead. Shortly after acquiring the property, Little moved a barn to the site for use as a painting studio. He converted one section into an apartment that was visited by many artists including Robert Motherwell and Franz Kline. A passionate supporter of the arts, Little founded the Signa Gallery in East Hampton with partners Elizabeth Parker and Alfonso Ossorio. From 1957 through 1960 the Signa Gallery was a thriving venue for artists, art lovers, and the community.

In 2005, the Town of East Hampton purchased the property with monies from the Community Preservation Fund. In 2013 a group of Springs residents formed The John Little Society to continue his mission to bring contemporary arts to the citizens of East Hampton, and to provide community events at the compound. Maintenance, operations, and programming rely entirely upon private donations, and all events are free and open to the public.

This exhibit was organized by the John Little Society with the assistance of Jess Frost.


http://duckcreekfarmarts.blogspot.com/ johnlittlesociety@gmail.com
Posted by John LIttle Society at 10:25 AM 2 comments: 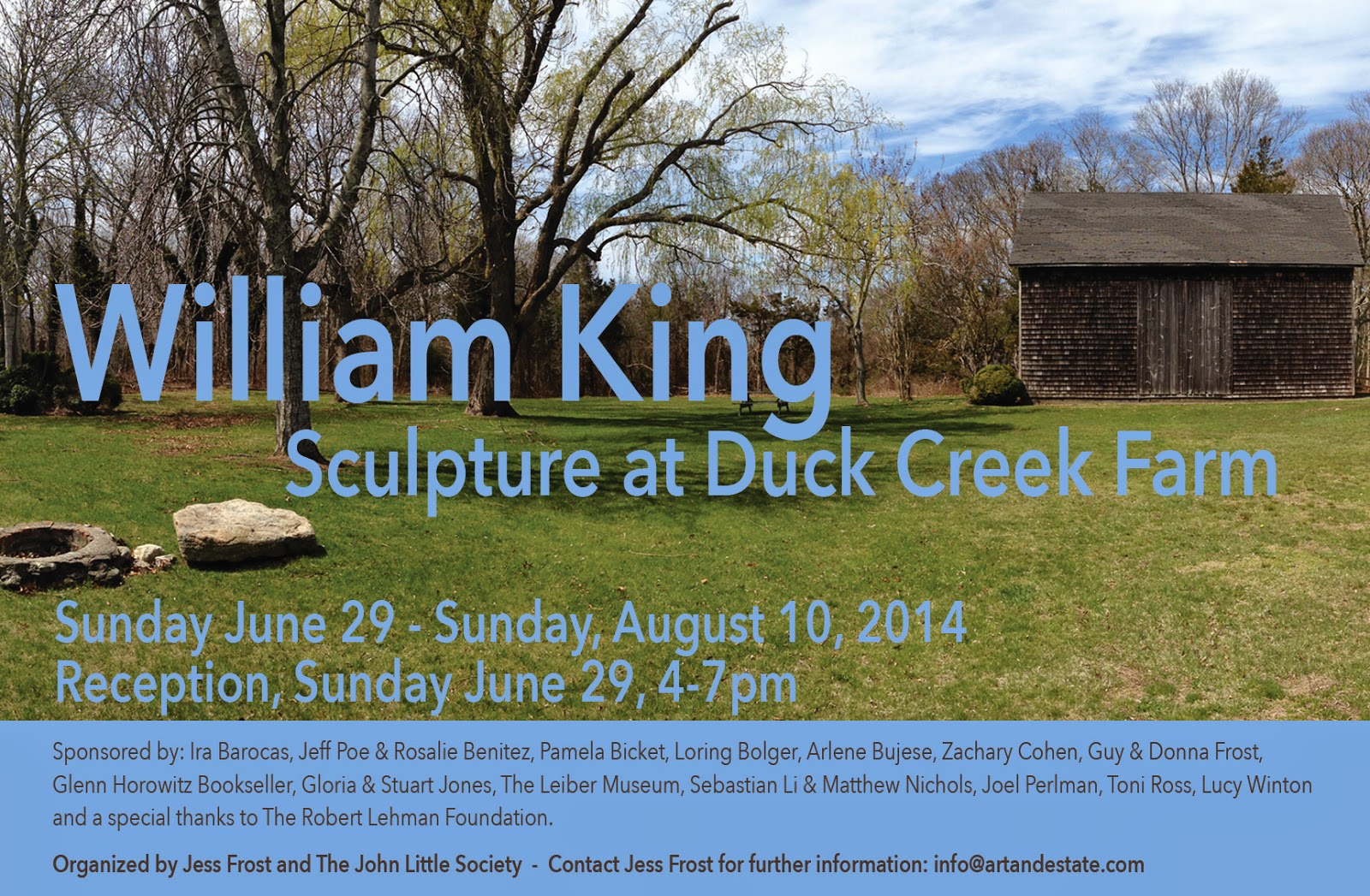 The John Little Society is pleased to announce an installation of outdoor sculpture by artist William King at the historic Duck Creek Farm in Springs, East Hampton, opening Sunday June 29, and on view through August 4, 2014. A reception for the artist will be held on Sunday June 29, from 4-8pm (parking adjacent on Squaw Road).

A major figure in contemporary American sculpture, Bill King has been a consistent presence in both the New York and East End arts communities for over six decades. A true vanguard, King bucked the trend of abstract expressionism, creating figurative works that for generations have been embraced for their unique humor and energy. In 1973, New York Times art critic Peter Schjeldahl stated, “King’s sculpture is formally inventive and sophisticated, and his semi-abstract representations of the human figure obviously distill a lifetime of exceedingly fine observation. Central to his comedy is the revelation of human emotions in a social context.” The April 2014 issue of Artforum contained a review of King’s most recent exhibition in which Barry Schwabsky claims, “Sixty years after William King’s first New York gallery show, his art looks as fresh as ever.”

­
About Duck Creek Farm and The John Little Barn
Founded in 1795, the historic Duck Creek Farm was originally owned and operated by three generations of the Edwards family, until 1902 when the property was broken up. The core of their farm holdings consisted of 130 acres along the eastern shoreline of Three Mile Harbor.

In 1948 artist John Little purchased a 7-½ acre parcel of this property, to which he moved a late 19th century barn that he had acquired from the Gardiner Family. Little used the barn as a studio, and converted a section into an apartment where many illustrious artists of that period spent their summers, including Robert Motherwell and Franz Kline. Duck Creek Farm is a significant historical landmark that played an important role for the colony of East Hampton artists from the 1950’s and 1960’s. In 2006, the Town of East Hampton purchased this splendid historical property with monies from the Community Preservation Fund.

This exhibition was organized by art consultant Jess Frost, in collaboration with The John Little Society. 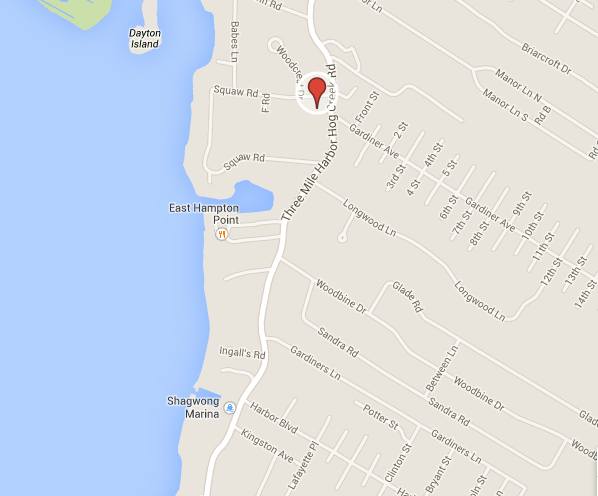 The John Little Society was formed by Loring Bolger, Pamela Bicket, Ira Barocas, and Zachary Cohen. A passionate supporter of the arts, John Little founded the Signa Gallery in East Hampton with partners Elizabeth Parker and Alfonso Ossorio. From 1957 through 1960, the Signa Gallery was a thriving venue for artists and art lovers. The John Little Society hopes to continue Little's mission, bringing contemporary art to East Hampton through publicly funded programming at Duck Creek Farm.